The highly creative oil pumping system adorns the front of the watch. lts uniqueness resides in the essentialist ethos of the depiction. Only the traditional, distinctive components of the derrick are shown - the main shaft and horse head, the drive shaft, and its counterweight. The result is a powerful, minimalist display, with a cycle that repeats three times a minute. Pulling off this technical feat required the use of an extremely lightweight, avant-garde material: the automaton has been made entirely out of brushed aluminium. lt is powered by the watchmaking mechanism itself, which thus acts as the driving force for the entire assembly. Two wheels can be seen behind the derrick;
the one located at six o' clock is used to display the seconds, on a dedicated segment. 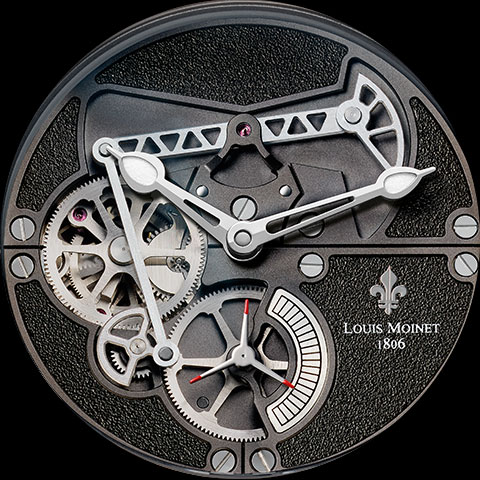