Stardance – The wristwatch with interstellar diamonds 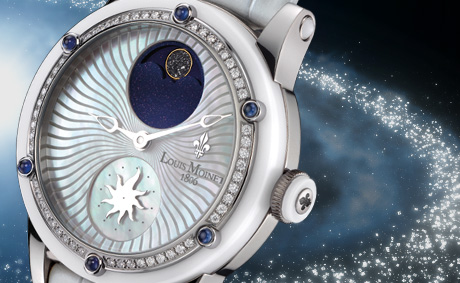 Stardance features a spectacular moon phase created from a finely-crafted fragment of the Enstatite EH3 meteorite. This rare piece of space rock boasts scintillating nano-diamonds believed to have been formed in cosmic collisions that occurred billions of years ago, pre-dating the formation of our solar system.

Surrounded by an aventurine night sky, the fragment of meteorite represents the moon, making this horological complication especially dazzling and also making Stardance the first watch in the world to contain interstellar diamonds.

Stardance has been preselected in the top seven watches in the Ladies’ watch category by the Grand Prix d’Horlogerie de Genève jury ahead of next month’s awards ceremony. The winner will be announced at the red carpet gala event at Geneva’s Grand Théâtre on Friday, November 15th.