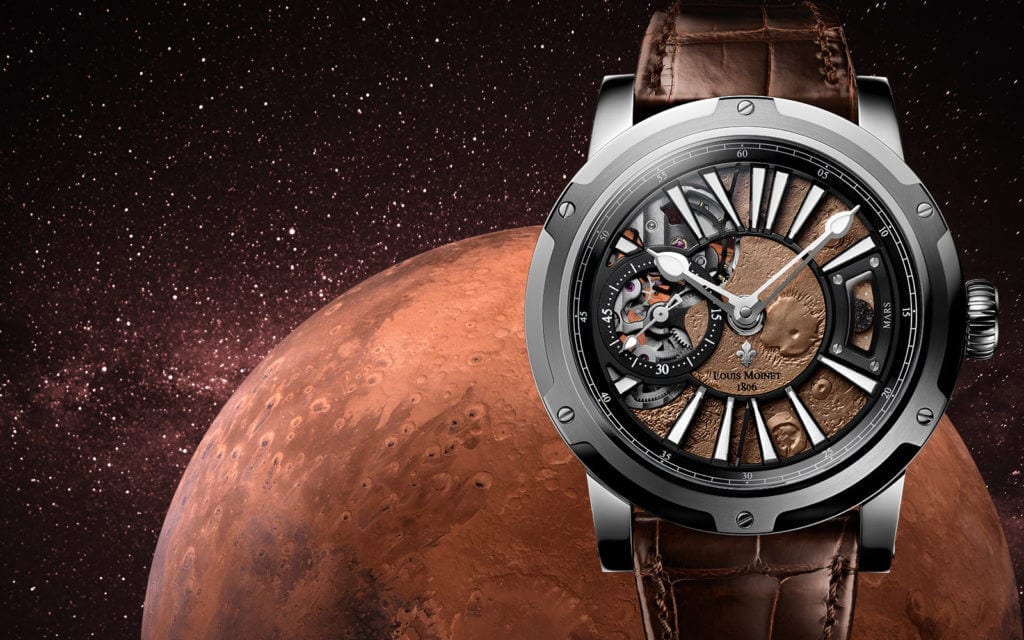 Mars – A fragment of meteorite on the wrist

Remember the theory that the Martians built canals on Mars as a means of irrigating their planet?

These days, it’s an idea that’s looked back on with fond amusement, but Percival Lowell – born in 1855 and thus a contemporary of Louis Moinet – took the idea very seriously. He carried on the work begun by Italian astronomer Giovanni Schiaparelli, who thought that the dark marks he had observed on Mars were a series of lakes and canals. This romantic vision of astronomy is the first thing that draws the gaze on the case of the new “Mars” limited edition piece created by Ateliers Louis Moinet.

A fragment of Mars on the wrist

This unique creation by Louis Moinet enshrines an extraordinary spaceborne adventure. The collection (comprising 12 pieces in rose gold and 60 in steel) features a genuine Mars meteorite fragment in a capsule at the three o’clock position, amid a dial that faithfully reproduces the surface of Mars, complete with its legendary volcanoes. Collectors who are also astronomy buffs will have no difficulty in recognising Olympus Mons in the centre, Ascraeus Mons between 1 and 2 o’clock, Pavonis Mons between 4 and 5 o’clock, and Arsia Mons between 5 and 6 o’clock.

To create this Martian landscape, the brass dial has undergone expert craftsmanship, with each crater reproduced individually. On the rear side, the oscillating weight is in the same shade as the dial, with a copper-coloured, concentric Clous de Paris stud finish.

The Mars piece features three different sets of openwork – on the hour markers, on the dial, and on the lugs and vertical bridges – giving the timepiece a uniquely three-dimensional aspect. It is also the first creation by Ateliers Louis Moinet to feature Roman numeral hour markers, made with three different geometrical sections. They have a satin, diamond-studded finish, and appear to be suspended in mid-air as if weightless.

The openwork on the Mars dial, between 8 and 12 o’clock, reveals each and every beat of its exclusive Louis Moinet caliber. The escapement (generating 28,800 vibrations per hour) and the offset seconds hand are displayed in all their glory – carefully positioned to ensure an unobstructed view of every detail of the Mars movement. The assembly is housed in Louis Moinet’s Neo case, structured around two vertical bridges that span the timepiece, securing the strap at each end of their openwork lugs.

The exclusive presentation case has been specially designed for Mars in the style of a leather-bound first edition typical of nineteenth-century works of speculative fiction and exploration. In a new development, the Mars presentation case will also be punched in the shape of a Martian crater – in the middle of which a second fragment of Martian meteorite is sealed. 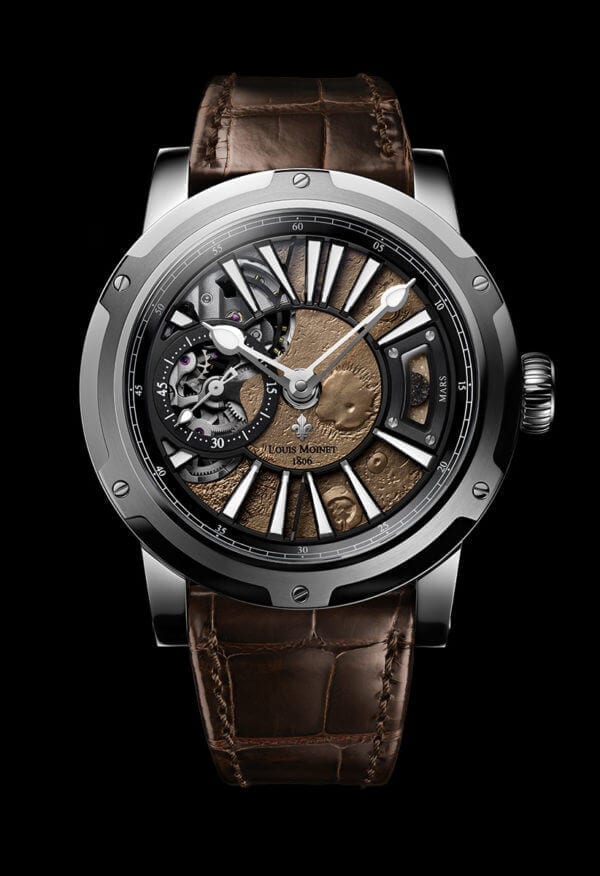 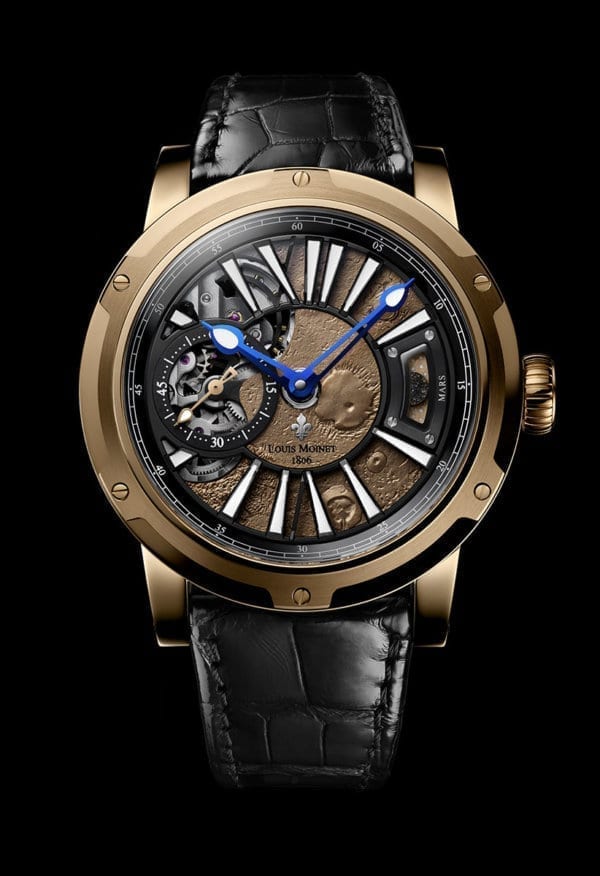