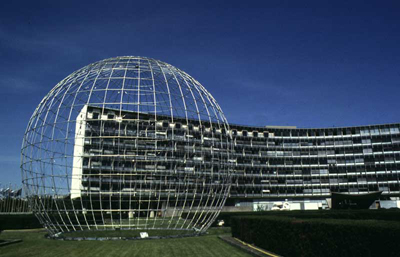 What better reward could there be to celebrate its tenth anniversary ? Founded in 2004, Ateliers Louis Moinet has just received a Merit for Development award from the International Institute for Promotion and Prestige (IIPP) in cooperation with UNESCO. The highly sought-after prize is awarded to companies responsible for extraordinary achievements – and this is the first ever Merit for Development of Watchmaking Arts and Technologies. In its fifty years of existence, the IIPP has awarded only two other distinctions in the field of watchmaking.

The renowned prize offers further fulfilment of the vocation of Ateliers Louis Moinet: reinstating Louis Moinet (who was born in Bourges in 1758 and died in Paris in 1853) in the pantheon of great watchmakers. A major milestone on the road to realising this ambition came in March 2013, when the firm unveiled the first chronograph in history – dating back to 1816 and signed by Louis Moinet’s own hand. The timepiece marked the beginnings of high-frequency chronometry – a whole century ahead of its time.

From the outset, Ateliers Louis Moinet has been committed to making watches that reflect Louis Moinet’s genius and forerunner vision, in a blend of art and technology. Pioneering the use of out-of-this-world materials such as meteorite fragments from the Moon and Mars, Ateliers Louis Moinet has also distinguished itself by producing limited-edition pieces that skilfully match design with innovative technology – a combination which has already won five Red Dot Awards, as well as an International Chronometry Competition prize.

The IIPP award offers independent recognition of the overall work of Ateliers Louis Moinet, conferred by an international body that rewards excellence – and the significant contributions of an individual or company to their specific art. The firm joins previous award-winners including NASA, the Russian Academy of Sciences, Porsche, IBM, Microsoft and Jacques Cousteau.

“This distinction confirms the legitimacy of our mission – achieving due recognition for the merit of a visionary genius who successfully encapsulated the art of watchmaking and nurtured it towards unprecedented new developments. In the early 2000s, the name of Louis Moinet was all but forgotten; now, he has found his rightful place as one of the greatest watchmakers of all time,” says Jean-Marie Schaller, CEO and founder of Ateliers Louis Moinet. “His Traité d’Horlogerie encyclopaedia of 1848 is nothing less than a philosopher’s stone for contemporary watchmaking – and is probably only the tip of the iceberg as far as his work is concerned, with much more yet to be discovered.”

“This is one of the rarest and most prestigious distinctions in the world, rewarding companies that have achieved the most remarkable feats at an international level,” said Mrs Gisèle Rutman, Executive Chair of IIPP. “Today we are pleased to award the Merit for Development of Watchmaking Arts and Technologies to Ateliers Louis Moinet, by unanimous decision of the panel.”

The distinction was presented at a ceremony held on July 8, 2014 at the UNESCO Palace, Paris.