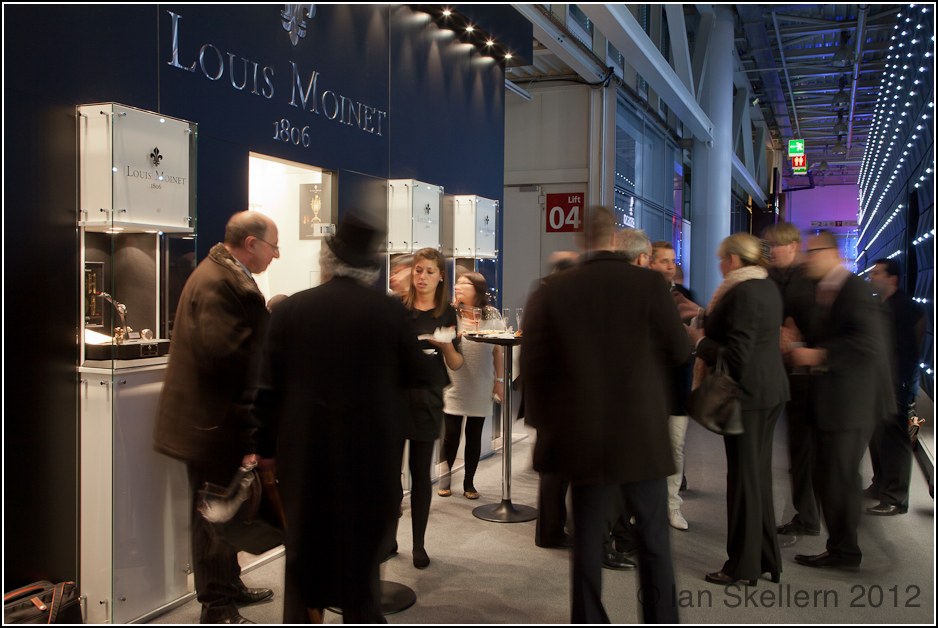 These two new additions to the Louis Moinet collection were showcased at the retro-futuristic themed Louis Moinet stand in Hall 1 during the international show which offered a great opportunity for collectors, watch journalists and industry insiders to immerse themselves in the unique world of Louis Moinet.The Treasures of the World unique pieces – Red Stromatolite, Australian Opal and Biggs Jasper – were also on show, as well as a selection of Louis Moinet’s previously acclaimed models including Geograph Rainforest, Astralis and Jurassic Tourbillon.

On the first Thursday evening, the Louis Moinet team put on a well-received aperitif for visitors who were graced with a special appearance by none other than Mr ‘Jules Verne’ himself – who better to help present the recently launched Jules Verne Instrument III than the father of science fiction?

Louis Moinet founder, CEO and creative director, Jean-Marie Schaller said: “All of us at Louis Moinet had a fantastic week at Baselworld and the feedback we have received from visitors was overwhelmingly positive. It is very rewarding to know that our timepieces are more and more appreciated by connoisseurs of haute horlogerie.”