Louis Moinet at the forefront of design 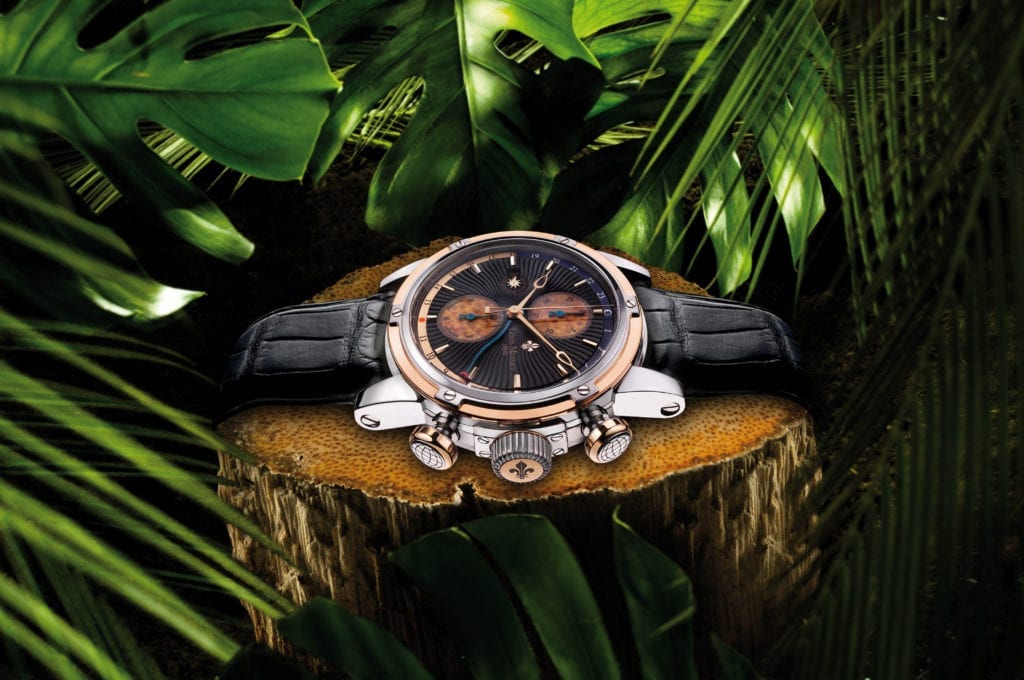 We are honoured to report that Louis Moinet recently received the distinguished “Red Dot: Best of the Best 2012” award for Geograph Rainforest. This internationally renowned accolade is considered one of the most prestigious in the field of design and rewards products meeting the highest criteria in terms of design quality, innovation and emotional appeal.

Since the beginning of the Red Dot awards almost 60 years ago, fewer than ten watch models have earned this prestigious distinction. This year, the Red Dot jury – composed of 30 leading figures in the world of applied arts and highly qualified in the area of design – awarded an exclusive “Red Dot: Best of the Best 2012” prize to Geograph Rainforest.

Geograph Rainforest is a two-pusher automatic chronograph with second time zone featuring two beautiful chronograph counter dials made from genuine fossilised palm wood. For each watch sold, Louis Moinet make a substantial donation to the Pulau Banding Foundation, an organisation aiming to preserve the Malaysian tropical forest of Belum-Temengor, one of the oldest in the world.