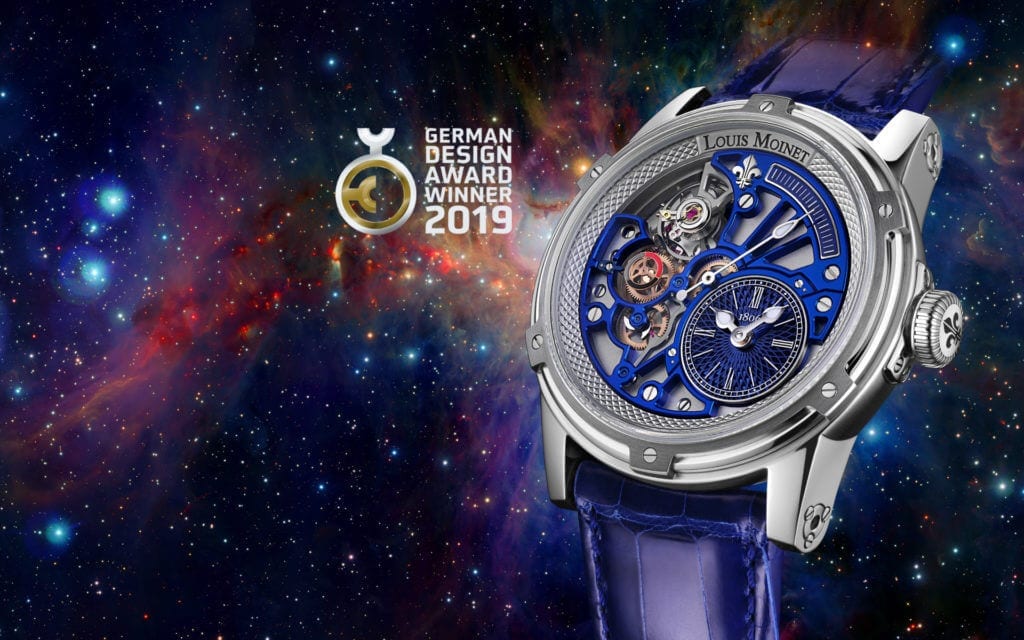 “The Tempograph has become one of our greatest successes, to the point that several versions have sold out and are now collectors’ items. A full black finish and an imposing new case now comprise the foundation of a whole new Tempograph generation. Its compelling appeal will doubtless lead to it quickly becoming a watchmaking icon in its own right.”

The success of the Tempograph 20-Secondes is no doubt due to the fact that it’s the embodiment of all Louis Moinet’s values. For one thing, it consists of a series of very limited editions and unique pieces that many collectors have patiently sought to acquire. Then too, it is a timepiece that boasts technology and aesthetics in equal measure – a balance that is clearly visible on the dial. And lastly, the piece features an exclusive animation, epitomising the creative aspirations with which Ateliers Louis Moinet has always been imbued. The 20-second retrograde hand is powered by workings that are visible on the left side of the dial.

The new-generation Tempograph 20-Secondes includes two major firsts. It features a completely black surround. This extends from the bridges that structure the movement to the flange, itself engraved with a concentric Clou de Paris pattern. The time dial is located at 4 o’clock; it too is decorated with the concentric Clou de Paris pattern, a Louis Moinet hallmark. Fully lacquered in black, it sets off the Louis Moinet’s signature “Dewdrop” hands perfectly.

The timepiece also features a new case, borrowed from Louis Moinet’s Memoris collection, the first chronograph watch in history. Packed with 52 components, the case has been decreased in size from 46 to 44 millimetres, and then fully reworked to accommodate the Tempograph 20-Secondes’ retrograde movement. This is also the first time this prestigious case has been made in steel.

These two changes mark a turning-point in the Tempograph saga, so much so that Louis Moinet sees this as constituting the second generation of the timepiece. More modern, more powerful, and even more characterful, the piece is now entering a new, more contemporary era.