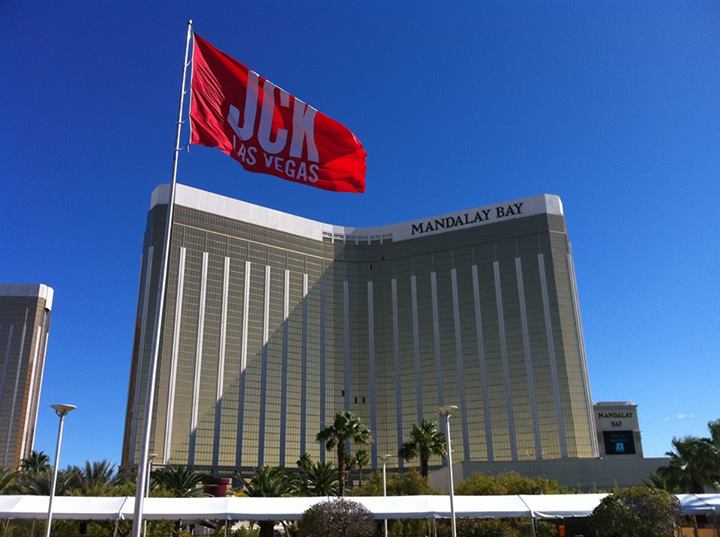 There will be exactly 3112 exhibitors at JCK Las Vegas. Only a little over one percent of those – some forty brands – will be representing Swiss watchmaking. And just one will be upholding the heritage of the genuine Swiss chronograph: Louis Moinet, its inventor.

Louis Moinet turns ten this year. Jean-Marie Schaller, the brand’s CEO and Creative Director, will be at JCK to review the fantastic journey of Ateliers Louis Moinet: from the brand’s early days in the Swiss Jura through to the latest tourbillons, not forgetting timepieces with dials made from meteorites and fossils that are tens or even hundreds of millions of years old.

One year ago, Ateliers Louis Moinet rewrote the history of watchmaking

Ateliers Louis Moinet’s presence at JCK again this year marks another anniversary, too: the discovery of the first chronograph in history. It was one year ago, on a fine spring day, that the Neuchâtel-based firm unveiled – to a dumbfounded world –that it had discovered a chronograph whose precision was almost a century ahead of its time. The unearthing of this timepiece, whose authenticity has been checked a number of times, has led to every watchmaking textbook having to be rewritten.

As Louis Moinet reaffirms its commitment to JCK by being present at Las Vegas for the third time running – and in celebration of these two anniversaries – a number of new items will be unveiled at the show.

Lovers of fine Swiss watches will be able to see one of the twelve Dragon Tourbillons – a hand-engraved watch with a dial made from fragments of dinosaur bone that are 150 million years old.

Closer to home, the Mecanograph New York is a vibrant tribute to the city that can lay claim to being the “capital of the world”. The timepiece features a unique, hand-cut dial, depicting New York’s principal works of architecture atop an openwork Swiss Made movement.

To celebrate its tenth anniversary, Ateliers Louis Moinet will also be bringing timepieces from virtually every collection that has contributed to the firm earning a place in the pantheon of genuine Swiss watchmaking – including the latest Derrick Tourbillon developments.