Jules Verne Instrument III is an original and decidedly technological chronograph inspired by Captain Nemo, the protagonist of Verne’s 1869 novel Twenty thousand leagues under the sea in which Nemo chooses voluntary exile from human society to sail the oceans aboard his Nautilus submarine.

Louis Moinet has created Jules Verne Instrument III especially for the Captain, a high-precision instrument and loyal companion to accompany him alongside his various locomotive devices in his many confrontations with worlds known and unknown. 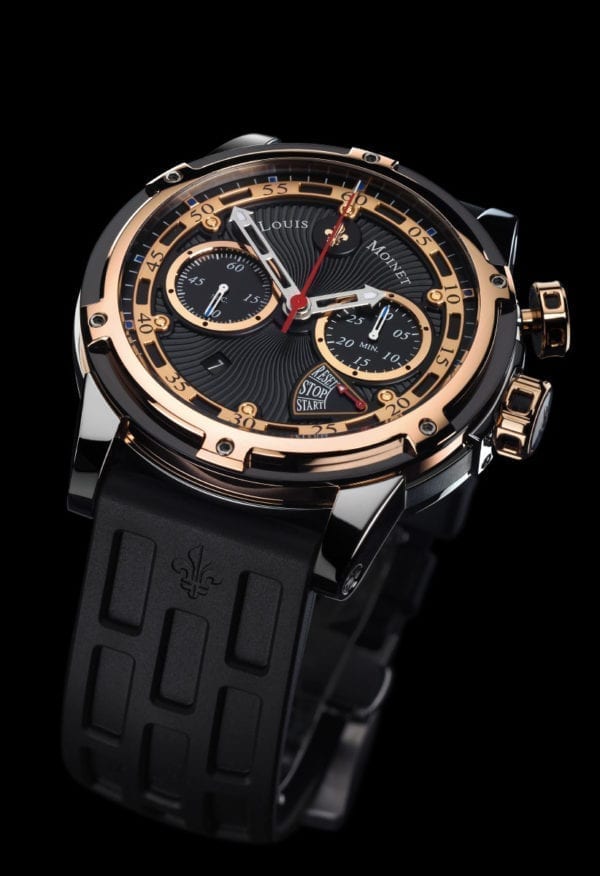